About the history of perfume development

In fact, the development of perfume can be divided according to the function and era of perfume. In other words, the history of perfume is the history of human ilization.
In ancient human society, fragrance was often seen as a bridge between human beings and gods and Buddhas. When it comes to life and death or religious ceremonies, the clergy often burn spices for ceremonies, hoping to achieve communication with the gods
Perfume is derived from the ancient Latin "perfumum", which means "penetrating smoke". Perfume originated from the ancient oriental civilization, Egypt, India, Rome, Greece and Persia.
As early as 5000 years ago, China also burned spice plants to pray to heaven to drive away disease and avoid pollution. When I read the Book of Songs, I mentioned "hundreds of flowers", "hundreds of grains", "hundreds of vegetables", "hundreds of fruits", "hundreds of grasses", and many of them are spice plants.
In addition to sacrificing to God, spices are also related to the life of the upper class. No matter the essence and ointment found in the ancient Egyptian tombs, or the funerary objects of the female corpse of Ma Wangxiong No.1 Han Tomb in Changsha, spices are involved in different forms.
In the early Middle Ages, the Arabs invented the method olant distillation, which is a great progress in the history of spices. The spices used at that time were all natural spices. The famous Persian palace is said to have mixed musk in the mud, so the palace wall can still smell a slight musk smell until now.
In the 11th century, the Crusade brought the Eastern civilization to Europe, and also brought back the spices and perfume products of the countries on the eastern coast of the Mediterranean, which greatly stimulated the local people's demand for spices and perfume.
Although France is now known as the country of perfume, before the 16th century, France not only did not use perfume, but also the local living environment in France was very dirty, smelly and disgusting. Not to mention, because of the limited medical knowledge at that time, the French refused to take a bath because they were afraid of the Black Death. The severity of their body odor can be imagined.
This situation changed when Catherine, the niece of the Italian pope, married Henry II of France in the 16th century. Because of Catherine's arrival, her perfume distributor also came to France, opened the world's first perfume shop, and became a fashionable product pursued by the upper class. At that time, perfume produced by Grass was the best, which also made Grass the "capital of perfume in the world".
In the 18th century, "Cologne Water" ("Gulong Water") was born by John Maria of Italy In Cologne, Germany, Farina is made by mixing perilla oil, vanilla, rosemary, cardamom, lavender, alcohol and lemon juice. 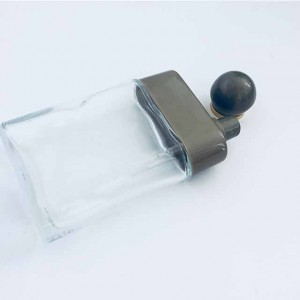